As we prepare for another busy year of advocacy, we’d like to take a moment to celebrate our 2017 wins.

UWBA — alongside our volunteers and coalition partners, met with local officials, state representatives, and members of Congress — provided public testimony, made calls, wrote emails, and took to social media to fight for the education, basic needs, and financial stability of every person in the Bay Area. Let’s be proud of what we’ve achieved together!

The Contra Costa County Board of Supervisors approved funding to expand the county’s healthcare program for uninsured residents, including undocumented immigrants, from 3,000 to 4,400 people. This expansion provides an additional 1,400 individuals access to a range of primary and preventative healthcare services.

The BART Board of Directors passed the Safe Transit Policy ensuring that regardless of ethnic or national origin, gender, gender identity, race, religion, sexual orientation or immigration status, riders can count on a safe and secure environment on BART. The policy specifically prevents BART from spending resources to enforce federal immigration law and questioning riders about their immigration status.

California’s Earned Income Tax Credit (CalEITC) will now be available to all self-employed and the maximum income threshold for parents with two or more children will be lifted from $14,000 to $22,000 per year. Up to 300,000 more families will be eligible to receive up to $2,900 in CalEITC. In addition, $2 million was allocated to support outreach efforts to raise awareness and ensure taxpayers claim the credit.

Denti-Cal serves half of California’s children and one-third of adults, yet low reimbursement rates resulted in a severe lack of providers and patients going untreated for dental care. The state budget passed by the California Legislature and signed by Governor Brown included $140 million in additional funding to provide for a much-needed increase in Denti-Cal provider rates.

Governor Brown signed into law SB 2 (Homes and Jobs Act), creating a permanent, ongoing source of funding to build affordable units and homes. SB 2 will allow the state to invest up to $300 million annually to generate new, affordable development by placing a modest $75 fee on certain real estate transaction documents.

Governor Brown signed SB 3 to place a $4 billion bond measure on the November 2018 ballot that if approved by voters would generate a one-time infusion of critical funding for our community housing needs.

Assembly Concurrent Resolution (ACR) 102 declared August 2017 as Opportunity Youth Reengagement Month, generating legislative and public awareness to the estimated 700,000 youth and young adults between the ages of 16 and 24 who are out of school and out of work in California.

UWBA has been a recipient of the federal Volunteer Income Tax Assistance (VITA) grant since 2009. It has helped us leverage additional funds in the Bay Area and provide free tax preparation to low- to moderate-income taxpayers. Congress would have slashed VITA funding in half, from $15 million to $7.5 million. We quickly mobilized and funding was restored to $15 million.

Working in concert with United Way Worldwide, the network successfully prevented the repeal of the Affordable Care Act and capping spending on Medicaid, which would have eliminated health coverage for 22 million people nationwide.

We truly appreciate your role in advocating for the education, basic needs, and financial stability of every person locally and beyond — your participation made a difference and we couldn’t have achieved this body of work without you. 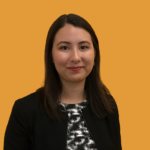 For the Love of Law 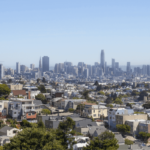 So… What is Rental Relief Anyway? 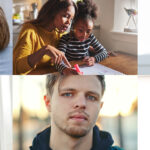