As a regional leader on issues of poverty and financial security, United Way Bay Area is entering a new area of advocacy by endorsing two affordable housing ballot measures for this November’s election.

While UWBA has traditionally focused its work in areas of financial stability, education, and workforce development, it has until now not engaged in a critical piece of achieving economic success – accessing safe and affordable housing.

“Housing affordability is an important issue for our policy agenda, as it is one of the most vexing issues facing the region,” said Anne Wilson, United Way Bay Area’s CEO. “We cannot make significant inroads to combat poverty without addressing the housing issue.”

Housing is often the highest cost need for working families in the Bay Area. An overall lack of supply, coupled with a significant spike in housing demand, have led to steep increases in Bay Area housing costs for low-income families. UWBA firmly believes that increasing the supply of affordable housing will help to alleviate high cost burdens, thereby allowing low-income families to invest more of their limited incomes in other basic needs.

California’s lowest income renters spend a median of 68 percent of income on rent, leaving little left for food, transportation, child care expenses, and other needs. While every county in the state has an affordable housing shortfall, the Bay Area’s lack of supply has become so acute that both low and middle-income households face an affordability crisis.

“Recognizing the critical role of housing access and affordability in addressing and preventing poverty, UWBA will advocate for policies and programs that not only increase the supply of housing, but also improve conditions for low and moderate-income families to secure safe and affordable housing,” said Amalia Chamorro, UWBA Vice President, Public Policy. “As part of our initial efforts in housing advocacy, UWBA proudly endorses Alameda County’s Measure A1 and Santa Clara County’s Measure A on the November ballot.”

The upcoming November election presents a unique opportunity for UWBA to engage in affordable housing advocacy, as voters in Alameda and Santa Clara Counties will vote on two multimillion dollar housing bond measures this fall.

On September 8th the UWBA Board of Directors voted unanimously to lend the organization’s well established brand name to both campaigns by officially endorsing the bond measures.

On June 28th the Alameda County Board of Supervisors approved placing an affordable housing bond on the November ballot. If approved by 2/3 of the county’s voters, the bond will generate $580 million for affordable housing. Intended uses of the bond include providing up to 8,500 units of rental housing for low and middle-income households, the creation of supportive housing for the homeless, and funds to help low and middle income families purchase homes and remain in their communities. A list of intended bond uses are outlined below:

Learn more about Measure A1 on the campaign website.

On June 21st the Santa Clara County Board of Supervisors approved placing an affordable housing bond on the November ballot. If approved by 2/3 of the county’s voters, the bond will generate $950 million for affordable housing. Intended uses of the bond include providing funds to build housing for the homeless, low and moderate-income residents, and programs for first time-homebuyers. A list of intended bond uses is outlined below:

Extremely Low-Income Housing is for those earning below 30 percent of area median income.

Very low income individuals and families are those that earn between 31 and 50 percent of the area median income. This $100M will create affordable housing units for this specific population.

Learn more about Measure A on the campaign website. 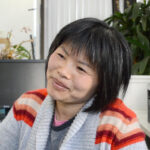 Who says taxes can’t be easy? 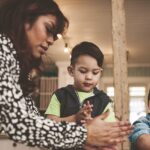 We All Rise When Immigrant Workers Succeed 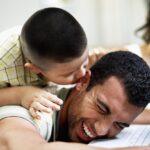 Buy Into You With SaverLife