In response to the wildfires which have devastated Northern and Southern California in recent days, the regional United Way in each area has established relief funds to provide assistance to the thousands of families affected. Donations will be used to provide emergency cash and other forms of emergency assistance, and to support general disaster response as needs are further identified. The impact of these wildfires has been broad with more than 300,000 people forced from their homes statewide.

Below we have provided current updates on the wildfires and ways in which support can be provided. In the spirit of community, we share this information as a way to offer support.

Camp Fire in Butte County has burned 117,000 acres, destroyed over 7,000 structures, and killed 44 people, with more than 52,000 people evacuated. The Camp Fire is the second major disaster this year that has hit Northern California and the communities, the prior one being the Carr Fire that devastated Shasta County.

Woolsey and Hill fires in Ventura and Los Angeles County has grown to nearly 97,000 acres, destroying 435 structures including scores of homes, and impacting numerous Southern California neighborhoods. For Ventura and LA, this is the second major fire in the area since last year’s Thomas Fire.

Additional Resources:
United Way urges residents to call 2-1-1 for the latest information on available fire-related resources and opportunities to volunteer and provide additional support. 2-1-1 is available 24/7/365. 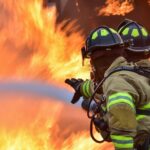 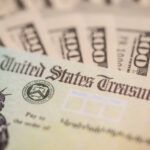 Register for stimulus by November 21st 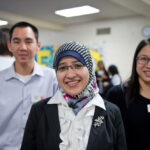 EKS Volunteers Give Back In A Meaningful Way