While the federal policy landscape continues to be challenging for people trying to make ends meet, California plans to expand opportunities for working-class families as UWBA and its partners across the state scored a huge win with a significant expansion of the California Earned Income Tax Credit (CalEITC) in the 2017/18 budget.

Championed by chair of the budget assembly committee, Phil Ting (SF), the CalEITC will now be available to all self-employed workers during next year’s tax season. Previously excluded from receiving the credit, this population will now benefit from this anti-poverty program provided they meet all of the eligibility criteria.

While the inclusion of self employed workers is a critical victory, perhaps even more impactful is the decision to raise the income threshold to qualify for CalEITC beginning next year.

Previously, the maximum income to qualify was extremely low, $14,000 per year for a parent with two or more qualifying children. While this initial threshold benefited hundreds of thousands of working families last year, it excluded many low wage workers who made more than the qualifying threshold, but were still having trouble making ends meet. The California Budget and Policy Center’s analysis on the CalEITC finds that children of color and women particularly stand out as groups that can benefit from the credit.

Beginning next year, the maximum income threshold for parents with two or more children will be lifted to $22,000 per year, making the credit available to many full-time minimum wage workers across the state. While the new income threshold is still relatively low, especially for families living the Bay Area, we’ll continue working with our partners and champions in the legislature to lift even more families out of poverty.

Following our success at the state level on the CalEITC, the UWBA policy team, program team members, and volunteers traveled to Washington DC to advocate for federal policies that affect the Bay Area’s working families.

The UWBA team met with 15 legislative offices representing congressional districts throughout our 8 county service area in a single day. The group advocated on the benefits of expanding the federal Earned Income Tax Credit (EITC) for childless workers, the devastating effects of cuts to the Medicaid program for California, and preserving the Emergency Food and Shelter Program in next year’s budget.

Our message was well received, but our work still isn’t done. With the prospect of a repeal of the Affordable Care Act, and impending cuts to the social safety net, we’ll continue to make our voice heard to ensure our representatives stand up for California’s working families. We’ll be following up with our representatives in their district offices during the Congressional August recess.

Since UWBA’s constituents often ask how they can support our work through advocacy, here’s how you can help:

Together we can let Congress know that it needs to make working families a priority in this year’s legislative session. 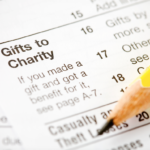 Could You Still Be Eligible to Deduct Your Charitable Giving? 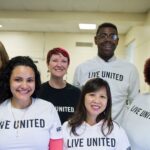 VITA Advocates to the Rescue 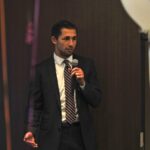