Like a lot of our clients, Dana first came to SparkPoint during a time of transition—and stress—in his life. He and his wife had adopted his 10-year-old niece and they were still reeling from the loss of their house during the recession. Dana was working tirelessly but he and his family still struggled to get by. “Adopting my niece gave me a sense of urgency to learn new skills,” he says. That’s when he decided it was time to try SparkPoint.

A cornerstone of United Way Bay Area’s poverty-fighting efforts, SparkPoint offers low-income individuals and families free one-on-one financial and career coaching and education to help them build brighter futures for themselves and their families.

Although Dana and his family lived in Vallejo, and he worked long and exhausting days as a custodial supervisor at the local library, he made time to travel more than an hour to the United Way SparkPoint Center in Solano County.

Dana says he recognized the importance of building a steady economic and emotional foundation in order to raise his niece and other children. He looked to United Way for guidance in repairing his credit, saving his hard-earned money, and more effectively communicating with his niece. His SparkPoint coach was immediately impressed by his “courage, intelligence, and determination to support his family.”

Through SparkPoint, Dana enrolled in workshops on parent communication skills, stress reduction techniques, and financial literacy. He formed a strong support system with the other parents in the workshops that provided a space for him to be vulnerable and become rejuvenated. Dana devoted several hours each week to the program and, according to his coach, “definitely reaped what he sowed.”

“Thanks to United Way SparkPoint, I learned how to better communicate with my children,” Dana says. “I even had a chance to start building my livelihood back as I’m improving my credit score so that I can purchase a home again someday—realistically within the next year!”

Clients like Dana—who was ready to apply his current skill set and develop new ones in order to make a better life for himself and his family—are exactly why United Way developed SparkPoint in the first place. Regardless of a client’s unique financial situation, SparkPoint is there to help struggling individuals tackle their challenges, improve their financial standing, and contribute to the local economy—because everyone deserves the opportunity to thrive. 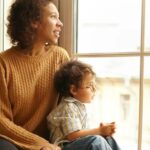 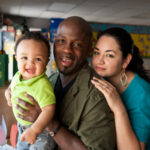 Struggling to Stay Afloat: The Real Cost Measure in California 2019 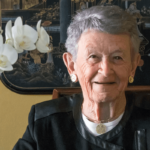 Centennial to Centenarian: Thanks for All You Do