Feeding the Bay Area, One Bag of Food at a Time

Millions of Americans live each day with uncertainty of where their next meal will come from. According to the California Association of Food Banks, 1 in 8 residents face food insecurity, which includes 2.1 million children.

These are not encouraging statistics, but fortunately an annual community food drive effort will take place on Saturday, May 13: The 25th Anniversary of the Annual National Letter Carriers’ Stamp Out Hunger Food Drive. This is the nation’s largest one-day food collection event designed to help replenish local food banks in the communities we serve.

Since the food drive began, letter carriers—ably assisted by untold thousands of residents just like you—have collected more than 1.5 billion pounds of nonperishable food left by community member mailboxes and delivered to local food banks in more than 10,000 cities in all 50 states, including the District of Columbia, Puerto Rico, the Virgin Islands, and Guam.

By the time the letter carriers national food drive rolls around each year, the food pantry shelves are nearly empty, making this a much-needed effort in replenishing food inventory.

Rayna Lehman, Director of Labor Community Services — San Mateo County, encourages everyone to make a donation, “This is the largest and easiest one day food drive on the planet, garnering more than 71 tons of food a year since 1992 for food banks across the country. Everyone, everywhere can participate!”

What can you do? 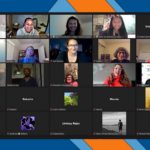 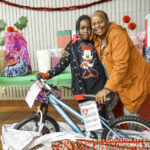 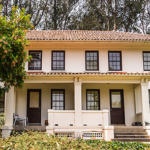