“This Is The Time”

Gloria Bruce, executive director of East Bay Housing Organizations, dedicates her days to leading policy and coalition campaigns to preserve, protect, and expand affordable housing opportunities in Alameda and Contra Costa Counties. In all her years of deep and diverse experience in community development and housing, never before has there been such great potential for change as there is now with ballot measure A1. “We now have a moment where the public and decision-makers are really united in saying we have to do something about this, and we have to invest in the future of the county. This is the time. This is it.”

The housing crisis has been in the public discourse for a while now, but with essentially no federal and state support, gathering momentum for concrete action on the local front has been an uphill battle for housing advocates like Bruce. “We have a situation where there are huge waiting lists for the affordable housing that we do have, where we have lot of nonprofit organizations that know how to create homes for people but don’t have the resources to do it, or we have a couple of thousand people sleeping on the streets without homes in Alameda County,” Bruce says.

If A1 passes, and receives the requisite two-thirds vote, the Nonprofit Housing Association of Northern California estimates that the county could potentially meet as much as 65-70% of its need for homes affordable to low and very low income families, which would be unprecedented in the county’s history and region. Bruce contends that, though a single ballot measure will not singlehandedly solve the housing crisis, A1 is by no means insignificant. “There’s no one ballot measure that’s going to solve something as huge as a housing problem that was created over decades of choices,” she explains.

Bruce continues, “I think this is a really important intervention because housing is not a Band-Aid. Housing is a foundational solution.” Providing someone with a permanent home is much less expensive, than having someone bounce from the ER to the streets. And, though charitable services like financial education and healthcare support are crucial to combatting poverty, Gloria says, “none of that’s going to stick if people don’t have a stable home”

She’s optimistic about A1’s chances, but encourages voters to take the time to read up and vote on their whole ballot. She also stops to emphasize: “There’s no official opposition for measure A1. There’s no arguments in the ballot. There’s nobody who’s come out on a ‘NO ON A1’ campaign. Like that just doesn’t exist, and I think it’s important for people to know.” She continues, “The list of endorsers is huge, because I think people know that there is a lot to lose.”

“But basically,” Bruce concludes. “What I tell people is: if this doesn’t pass, then what we have is the status quo. We have the situation we have now. And nobody thinks that’s a good situation.”

Recognizing the critical role of housing access and affordability in addressing and preventing poverty, UWBA advocates for policies and programs that increase the supply of housing, with an emphasis on increasing choice for low and moderate-income families.

Learn more about our advocacy efforts, and how you can get involved. 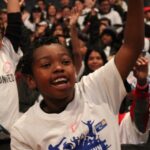 A Day With The Raiders 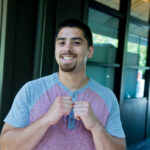 SparkPoint at Community College: A Bright Spot in the Bay Area