From fighting for our nation to fighting to stay afloat.

Like many veterans today, Jonathon struggled to stay afloat before SparkPoint.

Did you know that 1 in 3 California households struggles to afford basic needs? That’s according to United Ways of California’s new statewide poverty report, Struggling to Stay Afloat, which more accurately accounts for local costs of living than the official federal poverty line by using the current costs of housing, food, health care, child care, transportation, and other basic needs in its calculations. But data only tells part of the story—these are real people, including many of our neighbors right here in the Bay Area.

Neighbors like Jonathan, a veteran who had no savings or budget—and credit cards that were completely maxed out—when he first found SparkPoint.

A cornerstone of United Way Bay Area’s (UWBA) poverty-fighting efforts, SparkPoint offers low-income individuals and families free one-on-one financial and career coaching and education to help them build brighter futures for themselves and their families.

Unhappy with his economic situation and resolved to turn his finances around, Jonathon sought help from SparkPoint to learn about budgeting, savings, and debt repayment. His SparkPoint coach says he was incredibly determined, and worked tirelessly to achieve his goals through financial coaching, career counseling, and credit and debt counseling.

Jonathan also filed a tax return using free preparation services offered by our Earn It! Keep It! Save It! (EKS) program. UWBA partners with the IRS, churches, nonprofits, AARP, and other organizations on EKS to help ensure low- and moderate-income individuals like Jonathon get the tax refunds they deserve.

On his tax preparer’s advice, Jonathon deposited his tax refund into a new savings account, where the money still remains. He paid off one credit card in full and is working hard to pay off his remaining debt. As of his last meeting with his coach, Jonathon was working full-time while attending San Francisco State University and had one semester remaining until he graduated.

Jonathan says he appreciated the straightforward information he received from SparkPoint in regards to paying off his debt and the importance of budgeting. He credits his many meetings with his SparkPoint counselors and the information he learned there for the huge improvements he has now made in his life. 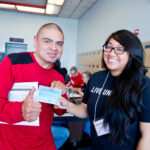 Miss the Tax Deadline? You Could Still Be Eligible For A Refund 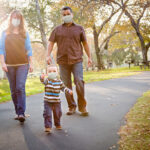 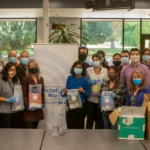