Pillsbury Winthrop Shaw Pittman LLP hosted this year’s Koko Challenge Awards Ceremony. Christie Emberley, UWBA’s Development Officer, sheds some light on the back story of this beloved annual event, which recognizes local law firms for contributions to the community through fundraising and other anti-poverty work: “They wanted to make it a competition because of the stereotype of lawyers being competitive, and they wanted it to be fun,” she explains. One of the founders worked for a company that made stuffed gorillas—and so was born the Koko Challenge.

Emberley cites Koko’s wide-ranging appeal at the firms that take part as one of its best features. “It seems like people at all levels of the firm get involved,” she says, “so you’ll have managing partners and associates and staff all coming together for these events.”

This particular aspect of the competition is highlighted in the Top Banana Award, which recognizes a campaign coordinator or team whose effort, dedication, and campaign planning was truly exemplary. This year’s Top Banana went to Bryan Cave LLP. The firm also walked off with the Baby Koko Award (for firms with under 50 employees) by running one of their strongest campaigns yet and beating their fundraising goal!

Stepping up a size, Paul Hastings LLP won the Little Koko award for firms of 50 to 100 employees. This win came on the heels of a strong financial campaign, but also the firm’s increased support and advocacy of United Way’s work in fighting poverty.

“This year there’s been a lot of good energy and involvement,” Christie Emberley notes, adding that one award specifically recognizes “that sort of direct involvement with the mission.” This year, Reed Smith won the Pathways Out of Poverty Award for partnering with UWBA, even fostering the career development of two interns through United Way’s MatchBridge program.

The Big Koko award this year went home with Pillsbury Winthrop Shaw Pittman LLP. That firm raised over $250,000 from individuals and through a significant firm gift! Their campaign held all the necessary components for a champion: participation, fundraising, volunteering and advocacy.

Congratulations and many, many thanks to the winners and all our participants. We hope to see you all next year! 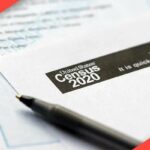 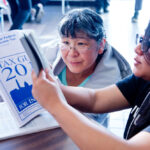 Volunteer to Help Families ‘Earn It! Keep It! Save It!’ 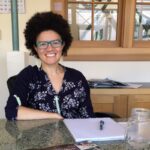 “This Is The Time”