Our First Ever Poverty-Fighting Mascot Dance Off

What can make the San Francisco 49ers’ Sourdough Sam and the Oakland A’s Stomper get down and boogie on San Francisco’s Market Street? It’s the annual United Way Bay Area (UWBA) Koko Challenge, which annually engages the local legal community to raise more than $1 million to alleviate poverty throughout the Bay Area.

The professional mascots who attended included Sourdough Sam of the San Francisco 49ers, Stomper from the Oakland A’s, The Don from the University of San Francisco, Helmet from PG&E, and they were joined by costumed dancing lawyers, all supporting the Koko Challenge.

For the first time in its history, the Koko Challenge commenced with this mascot dance-off at Mechanics Monument Plaza in San Francisco as Jonathan Sack from Jones Day, in his shark themed costume, garnered the award of distinction for his law firm because of his stellar dance moves in the plaza.

The Koko Challenge will continue throughout the fall as a competition among law firms in total dollars raised, innovation, and enthusiasm.

Check out the UWBA video below and the coverage on the local ABC News to relive the dance-off magic!

About the Koko Challenge

In 1987, a group of philanthropic lawyers launched a friendly fundraising competition to unite the Bay Area legal community in an altruistic mission with United Way Bay Area. When they searched for prizes to award the winning teams, they turned to the General Counsel of a toy company, who donated Koko stuffed gorillas named after the Bay Area’s beloved ape. Twenty-nine years and $32 million later, this is a tradition that has continued ever since.

Where do the Koko Funds Go?

Koko donations are used to support United Way programs that directly serve struggling Bay Area residents. United Way provides the resources and support people need to move out of poverty. A gift to United Way not only helps our community members, but it creates a stronger Bay Area for us all. 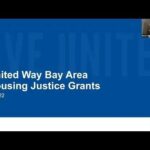 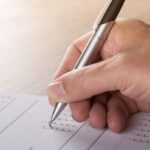 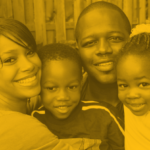 UNITED WAY BAY AREA’S EARN IT! KEEP IT! SAVE IT! (EKS) PROGRAM