National Service Programs are Critical in the Fight Against Poverty

The “America First Blueprint Budget” was released by the White House in March and calls for the elimination of the Corporation for National and Community Service. The Corporation for National and Community Service is home to several important national programs, including: AmeriCorps, Senior Corps, and the Social Innovation Fund. This is not acceptable and will have a significant negative impact on Bay Area communities if these programs are eliminated.

Under the AmeriCorps umbrella lives several community service programs like VISTA (Volunteers In Service To America) and NCCC (National Civilian Community Corps). A few years before I joined the United Way Bay Area, I spent two years with the AmeriCorps NCCC program.

During my two years of service, I worked with a team of dedicated volunteers on diverse projects, including: assisting with low-income housing renovations in Ohio, trail building within various parts of West Virginia, tutoring kids in Washington D.C., assisting the Red Cross in providing support to families affected by the horrific events on September 11, 2001 in New York, and helping families receive free tax preparation in Arizona.

My most memorable experiences include working in a middle school classroom of kids with developmental disabilities for a couple months – assisting students with their homework, coordinating after school activities or just being a positive influence in their hectic lives. Each day I made sure the children knew they were cared for and could grow up to be whatever they wanted to be.

I also assisted families in New York after the World Trade Center disasters. The New York economy was devastated and many people lost their jobs. At the ARC Family Assistance Centers, we were able to provide affected workers and their families with one month’s rent and a voucher for groceries. I will never be able to express just how grateful these survivors were for a kind face and a small gesture of hope.

It was in AmeriCorps that I met some of the most wonderful people I know to this day and realized that a career dedicated to helping others is what I wanted.

Fast forward to my role at United Way in 2013 where I found myself overseeing our VISTA program. Between 2011 and 2016, United Way placed more than 60 VISTA members with our programs and local SparkPoint Centers. VISTAs are meant to build the capacity of organizations and programs that fight poverty. This was a perfect fit for United Way Bay Area.

Our VISTAs often worked on projects that allowed our programs to test new strategies or take a project component to scale. In fact, many of the SparkPoint Centers and United Way itself, hired VISTAs as staff members. The work of these VISTAs will long be remembered as a foundation to building and growing our anti-poverty work here in the Bay Area. After six years of placing and hosting VISTAs, United Way Bay Area’s term was complete. In fact, a key principle of the VISTA program is sustainability. As a host, we were asked how we will sustain the work after our VISTAs have gone. We know now that it was the temporary and strategic infusion of additional capacity that was a catalyst for UWBA to take our work to the next level.

Lastly, what I find most compelling is not only do communities benefit from the work of VISTAs and the other AmeriCorps programs, but the volunteers themselves have experiences that connect them with community, creating a lifelong commitment to making communities better through volunteerism. Talk about making America great!

Kelly Batson is the Vice President, Program Operations for United Way Bay Area and started with United Way in 2006. She oversees our free tax preparation program, Earn It! Keep It! Save It!, and our 211 program. She supports and leads the operations of our programs here at United Way. 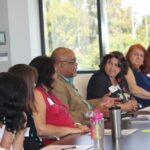 4 Motivational Quotes from The Equity Forum 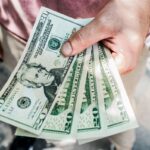 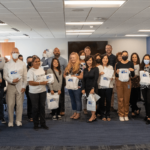 In Case of an Emergency