VITA Advocates to the Rescue

Earlier this summer, UWBA got wind of an appropriations bill proposed in the House Financial Services and General Government (FSGG) Subcommittee that would have slashed the Volunteer Income Tax Assistance (VITA) funding in half, from $15 million in FY17 to $7.5 million in FY18.

Before I tell you what happened, I must tell you how important this grant program is to UWBA and those we serve.

UWBA has been a recipient of the VITA grant since the program’s inception in 2009. In these nine years, we have received more than $2.7 million in funding. It has helped us leverage additional funds in the Bay Area and prepare hundreds of thousands of tax returns for low- to moderate-income individuals and families. Between 2009-2017, more than 415 million refunds have been refunded back to the Bay Area community.

Upon hearing that this important program was in danger of being cut, we quickly mobilized Bay Area advocates. We emailed the coordinators of our 100+ VITA sites and took to social media, tagging all the Congressional members of the committee and urging them to keep the funding at $15 million. And we were not alone. In fact, advocates from all over California and the country mobilized – United Ways, Prosperity Now, AARP, and other community VITA organizations.

We were happy that our collective effort paid off as the VITA grant funding was restored to $15 million via a Manager’s Amendment. In most cases, once an appropriations bill is released before a subcommittee vote, the bill is already baked. At that point, there has already been negotiations by staff and assurances that they have the votes to pass the bill.

This is a huge victory for the free tax preparation coalitions across the country. UWBA is a proud member of this national movement, fighting for the people we serve throughout the Bay Area every tax season. We proved that through collective action, big wins are possible!

How can you support this end of our work? Consider supporting UWBA’s Earn It! Keep It! Save It! program. 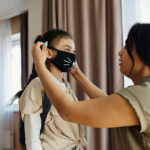 Together We Rose to the Challenge – Our 2020 Impact Report 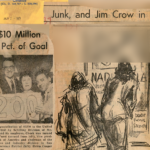 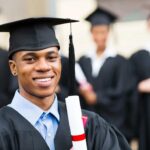