Advocating For An Equal Chance For All

Advocacy | United Way Bay Area | What We're Up To

It’s state budget season in Sacramento and our legislators are hard at work hammering out the details of this year’s state budget. While our leaders deliberate, staff and volunteers from United Way Bay Area joined United Ways from across the state to advocate for our policy priorities during our annual Capitol Day on May 14th. UWBA’s contingent conducted 23 meetings with legislators and staff to advocate for two key priorities that will improve the lives of thousands of children and working immigrant families: Healthy Start 2.0 and the CalEITC Immigrant Equity Act.

The Healthy Start Program initially operated from 1992 through 2007 and provided grants to schools and school districts to provide an array of health services at schools. We know that when children are healthy, they perform better in school and therefore have better work and economic prospects throughout their lifetimes. Results from the initial iteration of the program showed dramatic increases in math and reading scores, as well as, improvement to overall health.  Despite this success, funding for the program was cut during the Great Recession and the program has been discontinued.

However, now that the state’s revenues are up and a new administration is at the helm, the United Way network is leveraging this opportunity to reboot the Healthy Start program as Healthy Start 2.0. Building on the success of the first Healthy Start Initiative, Healthy Start 2.0 creates a grant program for schools aimed at addressing the social determinants of health, which in turn affect the ability of students to achieve academic and economic success. The range of services that the program will offer include, health, mental health, substance use and prevention, screening for public benefits and other services as needed.

Funds will be targeted to schools and school districts with high incidences of poverty so that students with the highest need receive services. This targeted investment has the potential for a significant return for California’s children and economy by setting children up to succeed in school and then later in the workforce. We know from experience that Healthy Start works and now is the time to bring it back so that all of California’s children get a fair shot at success.

Since the 1970’s, Federal law has allowed for certain refundable tax credits for working families to help make ends meet. One of these credits, the Earned Income Tax Credit or EITC, is largely seen as one of the most effective anti-poverty programs in the country. Low-income, working families who qualify for the credit are given an added boost on their tax returns worth up to approximately $6,000 depending on household income and family size. This extra help at tax time can often be the economic boost that working families need to stay out of poverty and get ahead.

Since the 1970’s 26 states, including California have adopted their own state EITC’s that help augment the federal credit. In 2015, California adopted the CalEITC which provides up to $3,000 in additional state tax credits for working families, many of whom are at or near the poverty level. Over the last few years, the United Way network has successfully advocated for significant improvements to the program, which allow it to reach even more workers throughout the state.  This year, our state network of United Ways is pushing for an end to the exclusion of immigrant workers from the program, so that working immigrant families can finally start to benefit from our state’s tax system.

Currently, workers who file taxes with an Individual Tax Identification Number or ITIN are unable to claim the CalEITC. AB 1593 would end that exclusion and allow some of the hardest working members of our community access to a powerful anti-poverty tool. While many immigrant workers are contributing to our tax system, they remain ineligible for public benefits or federal and state tax credits. If passed, this bill would demonstrate that the state of California stands by its immigrant communities and values their contributions to our local economies.

Taken together these two bills could have a significant impact on the lives of California’s children and immigrant communities. By addressing the health needs of students at an early age, before their needs become critical, the state can ensure low-income children are ready to succeed in school and work. Additionally, ensuring all working people in the state get access to the CalEITC will prevent many more families and their children from slipping into poverty. United Way Bay Area and its partners will continue to advocate for California’s children and immigrant families to ensure all Californians have an equal chance at achieving success. 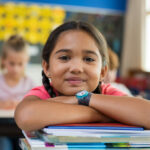 Local Berkeleyan Gives Back to the Bay Area 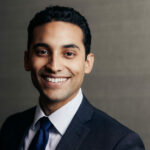 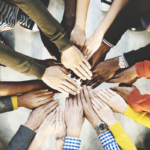