In honor of women’s history month, Anne Wilson talks about her professional journey from college intern to CEO of UWBA, a career that spans nearly four decades. Her passion, dedication, and leadership are an inspiration to both women and men, especially those of us with a personal mandate to make a positive difference in the world.

How did you get started at United Way?

I was earning my Master’s Degree at the University of California, Berkeley in Social Welfare, and there was an internship requirement. I chose United Way because my advisor said it was such an interesting place with a lot happening there. When a full-time job opened up, I applied for it, and harassed them into giving it to me. Truly that is what happened.

You had many different roles at United Way prior to becoming CEO in 2000. What was your career journey like?

I had a series of jobs—I worked in planning, I worked in grant-making, I worked in communications. I became an aide to the Executive Director. I was in charge of Marketing when we made the transformation from just doing communications to bringing more of a marketing orientation to United Way. I also ran individual giving, including major gifts, planned giving and all non-workplace giving. Eventually the CEO position opened up and I applied for the job.

What were some of the challenges you faced as a female leader and aspiring leader?

I rose through the ranks at a very young age and, in some ways, I think that age was more of an obstacle than being female. The combination of being young and being female was not common on the executive team. I was supervising men who were old enough to be my father, and that was challenging for them and challenging for me. I wanted to be respectful but I was still accountable for my department’s performance, and I had to make that work. I’ve been at the executive team level for a long time. By the time I became CEO, I was one of the key decision-makers already. I didn’t feel like it was such a revolutionary thing, to become the CEO.

What changes have you seen for women in business over the years?

There’s no question there are many more opportunities today, and also, I think there is more value placed on the unique perspective of women and their leadership capabilities. It sounds stereotypical—but it’s true—women lead with relationships, and a there’s more value placed on that. I think it coincides with the changing workplace in general. Having more women in the workplace requires more skills in managing people then decades ago. Some of those trends predate me, though certainly I felt like I rode the wave of that.

What are some of the growth opportunities you see for young women in the workplace?

I would advise young women to think about how they show up and how they express themselves with confidence. We need to coach young women in their communication skills so that they don’t undermine their own strength and power. But mostly, I would say the same thing to both women and men, which is raise your hand for new opportunities, learn new skills, never think you’ve made it, continue to learn new things, and understand the fact that you will have many different jobs over your career. Be ready for them.

The other thing I would say is pay attention and watch the leaders whom you admire. Figure out what it is you admire about them, why they are successful, and make note of that. I borrowed all kinds of things from so many different men and women that I observed. The reason I got to be in the room with them is that I volunteered for new projects.

Also, be really clear about what your personal values are and do not stray from them. If you cross that line you’re done, and that’s not about gender. Be the person you want to be.

Any last words of wisdom?

I don’t know that I’ve had a single word of wisdom (laughs)! In one of my moments of escape today, I reposted something from Facebook that comes from Maya Angelou. It says, “Be a rainbow in somebody else’s cloud.” https://www.youtube.com/watch?v=0nYXFletWH4

I say know that we are all someone’s daughter, sister, friend, spouse — bring all of that to work with you and you can be a rainbow in somebody else’s cloud. 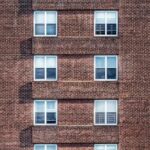 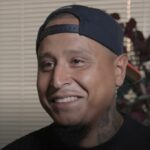 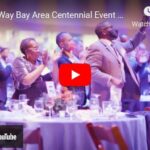