When Phillippe Wallace started giving to United Way, it was more than a calling to help the less fortunate. For him, it was personal.

“My biological father was not a part of the family, nor provided any support,” remembers Wallace, “My mom was raising me by herself.”

As a single parent, Wallace’s mother was faced with a difficult choice: struggle to make ends meet while raising a son on her own or find a way into a more stable and upwardly mobile situation. She decided to go back to school, earn her degree and become a teacher. But first, she needed to find childcare.

She turned to a United Way sponsored daycare in El Paso, Texas, where she could access quality supervision for Wallace, then only a toddler. As she ticked off the units and finished her degree, the family future started to look brighter.

“I remember my mom talking about it as one of these great, pivotal things,” says Wallace, “and helping her, and us, really get started.”

Wallace’s mother went on to teach kindergarten and first grade. She earned her master’s degree, and later remarried. Along the way, she decided to start giving to her local United Way.

“One of the things that mom shared with me was a United Way brochure, where I was featured as a toddler on one of the panels,” recalls Wallace, “I have that somewhere, but I have not been able to find it.”

Wallace later grew up to be a successful professional, earning a bachelor’s degree at Harvard and an MBA from the University of California, Berkeley. He worked several years as an investment banker before moving into philanthropy, his current occupation.

Now, after living in the Bay Area for nearly 24 years, Wallace has become an important donor to United Way Bay Area—and a stakeholder in the fight against poverty.

“When my wife and I got married and started our own contributions, it was a conversation of what joint priorities we had,” says Wallace. “Basic support was one of them, education was another.”

When parents are working hard and still struggle to get by, there’s less time for everything else—including their kids. That’s why United Way Bay Area is working to provide services that address the basic needs of the entire family. This two-generation approach is helping to create opportunities for both children and adults as they move forward in their lives together.

Wallace has some advice for people who want to make a difference, but don’t know where to begin. He suggests finding something that resonates, looking at performance benchmarks and taking advantage of employer-match contributions. He also stresses the value of hitting close to home.

“While things are noisy and less productive on the national scene than we would like, there are always things we can do locally. So we focus on what is here and what we can have an effect on. That’s a good place to start.” 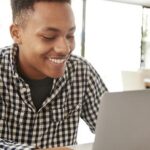 WORKING TOGETHER ON YOUTH EMPLOYMENT 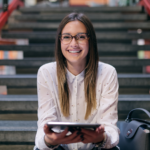 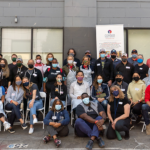