Bob Walker is one of United Way’s newest board members and comes from a long legacy of supporters from Hewlett-Packard, where he annually donated through his workplace campaign and has aligned public service experience to share with our organization. We’re grateful for him taking time out of his schedule to share both professional and personal components of his philanthropic journey.

Can you remember a moment in your life when everything changed for the better?

My wife and I met on a blind date on Valentine’s day. That undoubtedly had more of an impact on me than any other singular event. Certainly the birth of our two sons too. But that was not so much something that just happened! There was process. But beyond those sort of obvious personal things . . .

The other thing that I think has formed my life view is that I was adopted at birth. And I found out somewhat recently, just because when dad died, I was cleaning out the safe deposit box, and found the official decree that had my birth parents on it.

But I was never curious about it at all. It was very clear that my adoptive parents loved me dearly. But I always felt because I didn’t know my biological background, I could be related to anybody. So it’s helped me understand that: it’s not just that I have a singular cultural biological background, but it could be about anything. It’s helped me understand there’s a huge number of people that I ought to be more supportive of because they may be part of my lineage.

Why did you decide to serve on the board of United Way?

I decided to serve because hopefully I can make a strong contribution. And that remains to be seen, too soon to tell. I was attracted because of the mission, one I was very interested in participating in.

But I was of the belief, and I am that much more of the belief now as I learn more about the organization, that it is an extremely well-run organization. With real expertise. And Anne, I think, is among the great leaders of [nonprofit] organizations, and is a very effective user of a board.

What would be the New York Times headline you would like to see for United Way five years from now?

To me, the biggest single objective is this notion of being able to have a real impact on the poverty rate in the Bay Area. And like so many things in our society, it’s a lot of effort over a long period of time, with some small wins, experimenting, failing at things, and learning from those failures.

But unfortunately we don’t have for most of our societal problems a single easy answer. It isn’t simply a matter of throwing money at things. The solution and the intervention for one person or one family may not be the same as for somebody else.

What do you think is often misunderstood about the fight against poverty?

A lot of the social work that needs to be done requires a lot of expertise. It isn’t just sort of–the people who aren’t there making the big bucks in the start-ups who are kind of the elite of society. It’s hard work, but it also requires real expertise. And I think that’s underappreciated.

How do you think we can better involve the tech community in the fight against poverty?

I think a lot of it depends on having people appreciate the problems that exist right here in the Bay Area. We’re all moved by issues and crises around the world, and they are truly horrific in many cases. But we have some very real issues right here.

Like my son and daughter-in-law, who met in Africa. She’s in healthcare and he’s in education, and they were drawn to Africa among other places because there’s such a great need. But what I think they’ve realized since their return is that there’s an awful lot of need right here. The education systems are not what they ought to be, and the same thing with healthcare access.

How does this tie into United Way?

A lot of people are able to live in this area because they’re in quite cloistered environments. And they work with other wonderful people who are also very fortunate, very talented, and very successful, they oftentimes live in neighborhoods that way, and they don’t see. Even beyond the obvious people in need, there are a whole bunch of people who are living in environments that we don’t tend to get exposed to. Organizations and individuals have a real obligation to support the community in many ways.

And I think United Way is what that’s all about. A lot of what we all need to do is make sure our own communities are as successful as they need to be, and that we at least don’t have people who are terribly disadvantaged and living lives that are shorter than ours, less successful . . . I think we need to find better ways of connecting the people. 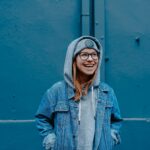 When college doesn’t end happily ever after. 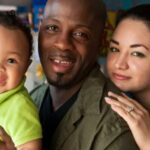