The History and Future of Single Family Zoning

Over 100 years ago, the city of Berkeley pioneered a local land use policy that has become the norm in many American cities—Single Family Zoning. These local zoning ordinances restrict development on parcels to a single dwelling, making it illegal to build multi-family units such as apartments buildings, duplexes, triplexes or fourplexes. While many of these zoning laws were adopted ostensibly to preserve neighborhood character, they have also had the effect of perpetuating or increasing racial and economic segregation across the country. In fact, much of the impetus for passing these laws over a century ago, was rooted in racial animus toward Black, Asian and immigrant communities who were seen as threats to the “character” of majority white neighborhoods.

Racially restrictive covenants and deeds have long been a part of our country’s history of housing discrimination. However, restrictive zoning laws like single family zoning marked the first time that the policing power of the municipal government could be brought to bear on the housing market. Despite the 1917 Supreme Court decision Buchanan v. Warely, which forbid zoning for race separation and the subsequent Fair Housing Act of 1968, single family zoning allowed developers and city planners to use socio-economic status as a proxy for race in excluding specific groups from living in certain communities.

When cities restrict development to one household per parcel, that severely constricts the potential supply of housing in a given area, thereby inflating the price of housing everywhere.  This also led to increased levels of racial and economic segregation due to the higher costs of purchasing a home versus renting. According to the Federal Reserve, the median pre-tax income for white families in 2019 was $69,000 versus $41,000 for Black and Latinx households.  This gap in earnings makes it much more difficult for households of color to compete for housing in neighborhoods zoned only for single family construction due to the higher costs.

While many have commented on the lack of housing supply and high prices for rent and homeownership, it’s worth taking time to reflect on some of the public policies that are driving the current state of affairs. While there are likely many contributing factors, there is no question that single family zoning has played a significant role in creating and exacerbating the housing crisis we face today in the Bay Area. According to a report from UC Berkeley’s Othering and Belonging Institute, an average of 81% of the Bay Area’s residential land is zoned for single family development. In the city of San Jose, it’s as high as 94%. We can’t build more housing to address the housing crisis if it’s illegal to do so in the majority of Bay Area communities.

Luckily, several cities across the country are beginning to confront the racist and exclusionary history of single family zoning. In 2019, Minneapolis became the first city in the country to eliminate single family zoning by allowing duplexes and triplexes on lots formerly zoned for one residence. Earlier this year, the city of Berkeley became the first Bay Area city to reform single family zoning, coming full circle in its journey as the originator of the practice. Oakland is close behind, having passed a resolution to study the impact of allowing duplexes, triplexes, and fourplexes on lots currently zoned for single family residences. The city of San Jose is considering a similar policy that would allow up to fourplex development in neighborhoods of high opportunity.

Clearly, the movement to address a racially and economically exclusive housing policy is gaining momentum here in the Bay Area. At UWBA we are committed to improving economic opportunity for every member of our community. To do that, we need to confront the racist and exclusionary housing policies that prevent some from getting ahead, while tipping the scales in favor of others. Single family zoning is rooted in racism and socio-economic exclusion and if we’re serious about addressing our housing crisis we can start by reforming this policy and making our communities more inclusive. We stand with the city of Berkeley, Oakland and San Jose in their efforts to reform the outdated practice of single family zoning and encourage you to join us in that effort.  Together we can advocate for a Bay Area that’s open to all.

How to learn more:

The Color of Law: A Forgotten History of How Our Government Segregated America
Read Richard Rothstein’s book for a deeper read about America’s history of housing segregation.

Video: Segregated By Design
Watch the forgotten history of how our federal, state and local governments unconstitutionally segregated every major metropolitan area in America through law and policy. 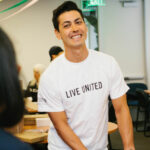 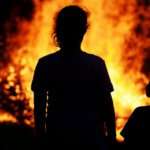 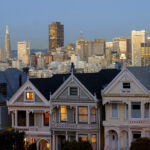