In 2009, United Way Bay Area had a vision: empower struggling Bay Area residents to rise above their financial challenges and build a brighter future for themselves and their families. Today, SparkPoint provides financial coaching, career counseling, credit repair, educational resources and a host of other services at more than 20 sites in eight counties.

The numbers are impressive. More than 80% of clients make progress in income, credit, debt and savings, and community college students are staying in school. In fact, the likelihood that someone will stay in school (known as the “persistence rate”), is somewhere between 79% and 98% for SparkPoint clients, compared to just 62% overall. In addition, SparkPoint’s two-generation approach is helping parents support their children’s academic success in elementary and middle schools throughout the Bay Area.

Perhaps even more inspiring than the data is the number of success stories we hear. One such story comes to mind for Judy Schwartz, Administrator for the Fremont Family Resource Center, the lead agency for SparkPoint Fremont.

She recalls the journey of a young man who had lived in more than 30 Foster Care homes, aged out of the system and turned to SparkPoint for help and support. “He had gotten into a bad credit-card situation and pretty bad debt issues,” Schwartz explains, “His financial coach, Freddy Molina, worked with him to clean that up.”

Because the young man didn’t have a car or a driver’s license, however, his job prospects remained limited. Molina found an affordable way for him to take driving lessons and pass his test at the DMV. Then, once the young man had his license, Molina went with him to buy his first car and get an affordable car loan.

Meeting people where they are is one reason why SparkPoint has been so successful. At East Bay Asian Local Development Corporation (EBALDC), an Oakland nonprofit that hosted one of the first SparkPoint sites in the Bay Area, Charise Fong remembers the impact they’ve made since day one.

“We opened our doors in February or March of 2009, just as the great recession had just gotten underway,” recalls Fong, the Chief Operating Officer of EBALDC. “The foreclosure thing hit hard in Oakland, particularly East and West Oakland, and people were losing their jobs.”

Once the economy started to turn around, the region faced another crisis: housing.

“Oakland and the Bay Area came out of the great recession and immediately flipped into what has been sort of an economic boom in the region,” says Fong. “However, it hasn’t been equitably distributed. The neighborhoods that were the hardest hit during the great recession have now become the places where the great displacement crisis and the great homelessness crisis are happening.”

SparkPoint has responded with a plan to help individuals meet basic needs like food and housing as they work towards building a stronger financial future.

A big piece of that includes job training and education. SparkPoint is now partnering with nine community colleges throughout the Bay Area, including Laney College, San Jose City College and Skyline College. The SparkPoint at Skyline College is particularly robust, offering a food pantry, career counseling, financial coaching and more to both students and local residents.

“SparkPoint has made the very hard but real work of moving out of poverty possible for so many students and their families,” says Regina Stanback Stroud, President of Skyline College. “Just imagine a national infrastructure of SparkPoint Centers that could literally change the face of this nation and what it means to be able to live to your fullest potential.”

Thanks to our tireless supporters, both on the ground and in our communities, United Way Bay Area is helping low- and moderate-income families connect to resources and improve their lives, proving once again that, together, we all make a difference. 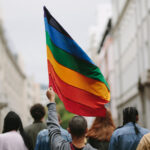 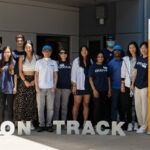 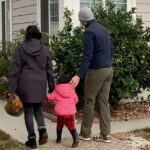