We are once again heartbroken by the continued violence against the Asian American community. We must #StopAAPIHate. Our hearts go out to the families, friends, and co-workers of those tragically killed in Atlanta: Delaina Ashley Yaun, Daoyou Feng, Xiaojie Tan, Julie Park, Paul Andre Michels, Hyeon Jeong Park and two others whose names have not been released as of this posting.

We stand against white supremacy and misogyny and we stand in solidarity with our neighbors of Asian descent, for whom this attack represents an assault not just on their sisters, daughters, and elders, but on their own sense of safety. Violence against Asian American communities is part of a larger system of violence and racism against all communities of color, including Black, Brown, and Indigenous communities.

We encourage others to speak up and take action by supporting the Asian American community. Here’s how:

From Volunteer to Client to Staff 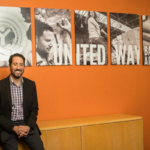