Standing on the Principle of Equity No Matter What

Standing on principle has always had its price. Sometimes the cost of taking the hard path through uncharted territory is high, even if it is right. Though the language changes over the years, ideas like equity or equality, treating all people with dignity and respect, and leveling the playing field come from a place where that cost becomes an investment –an investment in people. United Way Bay Area (UWBA) is proud to have been making those investments for decades.

In 1981, when Timothy Curran sued the Boy Scouts of America (BSOA) for expelling him after finding out he had taken a young man as his date to prom, UWBA found itself at a fork in the road. While the Boy Scouts’ position was upheld in court, the lawsuit forced them to legally express their policy was to deny membership and association with anyone they considered not “morally straight,” in this case meaning gay. It meant that the BSOA was discriminating against a group of individuals they did not see as equals, and in this case excluding individuals in the LBGTQ+ community. This policy also caused BSOA to refuse to sign the non-discrimination agreement in accordance with UWBA’s policy and standards.

Anne Wilson, former Chief Executive Officer of UWBA, was present, though not yet in the CEO role at the time; she recalls the Boy Scouts “taking great exception” to UWBA’s position on the matter when the organization tried to engage BSOA in talks. “Every other youth-serving organization was able to sign that policy,” she said. “That they would not discriminate, they would not exclude youth or volunteers, or staff based on their sexual orientation.” According to Anne, every national organization United Way was associated with signed on to the policy, including the Boys and Girls Club and the Girl Scouts.

As a founding member-agency, the Boy Scouts’ open refusal and definitive stance contradicted that policy and flew directly in the face of UWBA practice, placing both at a very public impasse. A task force of community leaders, corporate professionals, union representatives and individuals from across the political spectrum was convened to engage in talks, ultimately concluding the UWBA needed to stand for something greater. UWBA made the decision to cease all funding to the Boy Scouts of America, Bank of America and Levi’s Strauss followed suit.

Of course, not everyone was a fan of this decision. United Way did lose some donors as a result. But the part of the story that isn’t talked about nearly as much is what happened after. Hate mail poured in from all over the country. UWBA employees had to deal with harassing phone calls. The Boy Scouts’ most loyal supporters came after UWBA en mass; so much so, that for days staff had to be trained on how to respond to the avalanche of angry stakeholders. Counseling was needed by and provided for the employees having to wade through these treacherous waters.

“It was some of the most hateful language that we endured,” said Anne. “We also had to train our staff when to hang up.”

UWBA never flinched. We remained committed to fairness, anti-discrimination, and inclusion. In doing so, we gained new donors, new support through other individuals who were grateful to United Way for standing on our own principles. It was truly a proud moment for everyone at the organization; a moment for deciding the type of organization we were going to be going forward. A moment that turned the cost and sacrifice into investment in our people and our community. While it did not happen overnight, the action community members and organizations took pushed the Boy Scouts of America to lift their membership ban on openly gay boys in 2014 and men in 2015.

This month is a time to celebrate all members of the LGBTQ+ community. It’s also a chance to reflect on how we can all do better to be more inclusive and be allies in the fight for what’s equitable. We reaffirm our commitment to recognizing the value of all people, standing against homophobia, transphobia, and all forms of discrimination –including those based on gender expression or sexual orientation –and we invite you to do the same.

As Anne put it, “We are our name. We are the United Way. There has to be a place for everyone at our table. End of story.”

Stay up-to-date with all United Way Bay Area news and updates by subscribing to our communications. 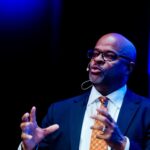 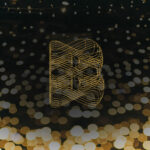